Being “Ozone-Friendly” or “CFCs and HCFCs Free” means not containing substances (that are destructive to the ozone layer. Chlorofluorocarbons (CFC) and Hydro-chlorofluorocarbons (HCFCs) are organic compounds that contains only Hydrogen, Carbon, Chlorine, and Fluorine, produced as volatile derivative of methane, ethane, and propane.

Many CFCs and HCFCs have been widely used as refrigerants, propellants (in aerosol applications), and solvents. Because CFCs and HCFCs contribute to ozone depletion in the upper atmosphere, the manufacture of such compounds has been phased out under the Montreal Protocol. 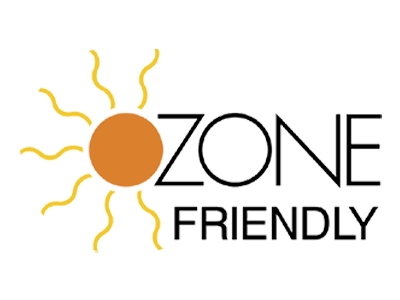